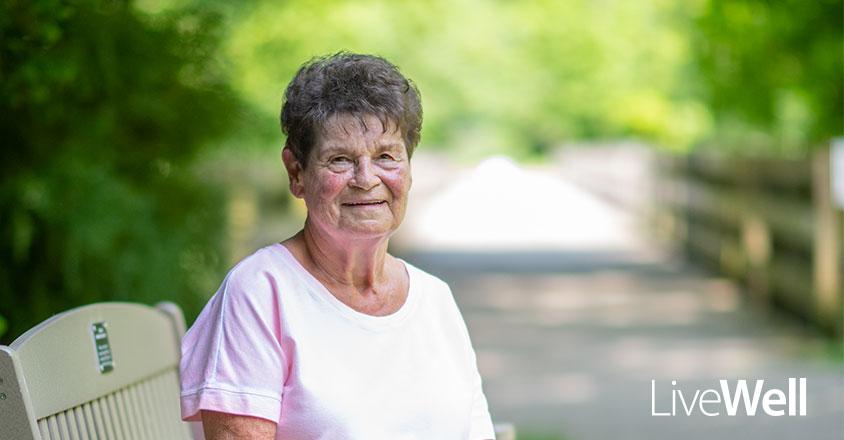 After mentioning a persistent cough to her primary care doctor, Judy Medley saw a lung specialist every six months. He eventually referred her to Shyamal Bastola, M.D., Fellowship-trained and Board-certified Hematologist Oncologist at the Genesis Cancer Care Center.

“When I went to see Dr. Bastola, I had no idea it was cancer,” Judy said. “Dr. Bastola spoke kindly, with truth and honesty. He said I needed to get things squared away for myself. I had stage 4 lung cancer, and without the treatment, I had about six months to live.”

Dr. Bastola told Judy that chemotherapy might extend her life. So, she went to the Genesis Cancer Care Center multiple times a week for two months. While the chemo drained her energy, she hoped it was also draining the cancer cells that swarmed her lungs and had spread to her liver. At the end of chemo, she went with her family to their favorite place, Myrtle Beach, for a celebration.

Yet the celebration took place too soon. Upon returning from the beach, Dr. Bastola reviewed the latest scans and shared the bad news that the cancer had not gone away.

“He said, ‘Judy, we have something new we can try.’ Then he told me about immunotherapy.”

“The immunotherapy approach we chose for Judy was nivolumab, which aims to enhance the immune system to fight cancer cells,” said Dr. Bastola.

Judy went to the Genesis Cancer Care Center every other week to have the medication delivered intravenously.

“After three months of treatment, we did a scan, and Dr. Bastola said to me, ‘Guess what … the tumors have shrunk by 50%.’ I jumped up and hugged him. I was so happy,” Judy said.

Judy continued immunotherapy treatment for another three years. Her tumors continued shrinking, and her body stabilized.

“At first, I went to get scans and see Dr. Bastola every three months, but now we only see each other every six months, and he’s talking about extending it to once a year.”

Judy has lived seven years longer than she first thought possible, and she’s going strong. She plans to continue celebrating life by living each day to its fullest and visiting the beach as often as possible with her eight great-grandchildren, four grandchildren, two children and Jack, her husband of 33 years.

A Letter from our President and CEO | LiveWell Autumn 2022

A Community Win for All