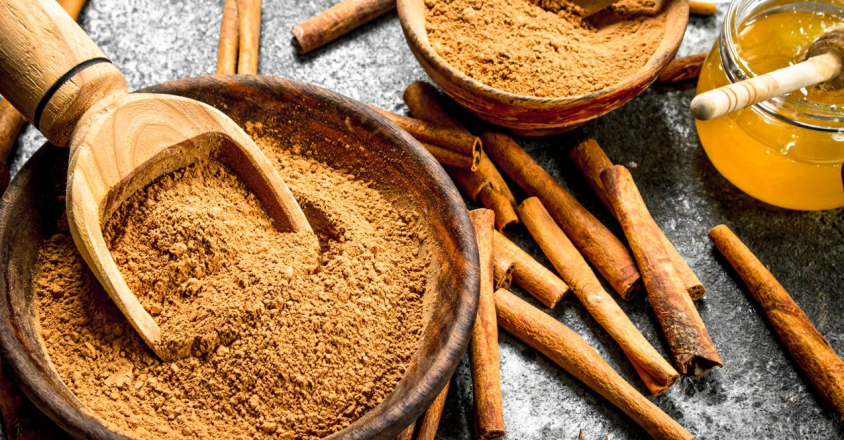 Spice Up Your Life with Cinnamon

Will cinnamon spice up your health?

We love cinnamon rolls. Sadly, they are not the way to better health. Cinnamon, however, might be the way to spice up your life to improve your health.

Used as a spice, cinnamon can add a sweet flavor to dishes and drinks. Beyond flavor, cinnamon has numerous perceived health benefits. It is believed that cinnamon may help:

Right now, you might be wondering why everyone doesn’t use cinnamon more often than a few holiday dishes. Actually, for thousands of years, people have been using cinnamon for medicinal purposes.

As for the environmental impact, cassia cinnamon, the most common and inexpensive type of cinnamon, is a sustainable resource. Most of the cinnamon in the United States is the cassia type, and it comes from the bark of a tree that originally came from Southeast Asia. As the trees grow back very quickly, similar to bamboo, deforestation is not a concern for this spice. Plus, agricultural chemicals are not needed.

However, with most things, moderation is best when consuming cinnamon, as it does contain a compound called coumarin that can be toxic in large amounts and damage the liver and cause other health problems. Most experts recommend a ½ to 1 teaspoon a day. The experts also typically agree it would be difficult to reach dangerous levels using cinnamon as a spice. Still, they warn people of the dangers of taking a concentrated cinnamon pill.

Anytime you consider radically changing your diet or adding supplements, you should always talk to your doctor first.