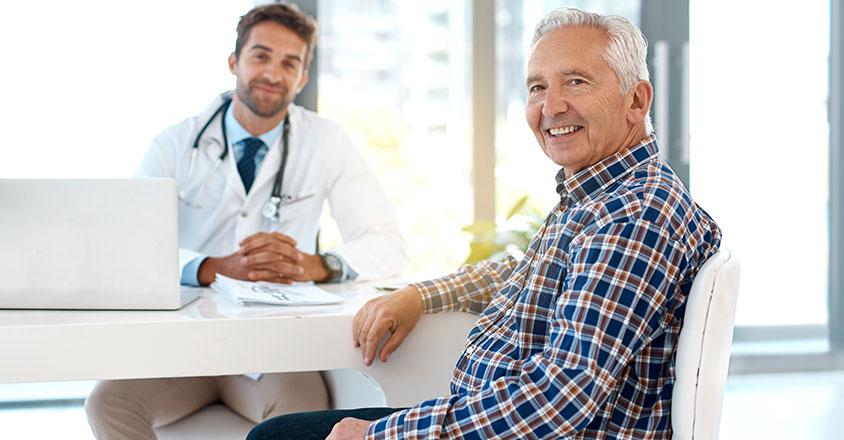 Half of Americans over 50 years old have pea-sized bubbles that push through weak spots along their large intestine’s wall. In fact, people can have hundreds of them. The bubbles form little pouches, and though the pouches themselves aren’t a problem (it’s called diverticulosis), if the pouches become inflamed or infected with bits of stool, trouble can fester (that’s called diverticulitis). These bulges can form anywhere along the 5-foot-long large intestine, yet they most commonly take shape within the colon’s lower left quadrant.

The condition’s impact can range from uncomfortable to intolerable.

“Diverticulitis has a wide spectrum in terms of severity. Most episodes are managed by a primary care physician who can prescribe antibiotics in an outpatient setting. On the other end of the spectrum, diverticulitis can lead to severe problems, including a ruptured colon that requires emergency surgery. There’s also everything in between,” said Adam Rothermel, M.D., Board-certified General Surgeon and Director of the Genesis Center of Surgical Excellence.

Common symptoms associated with diverticulitis include:

Why do so many Americans get diverticulosis?

Research shows that people most at risk for diverticulosis and diverticular disease, like diverticulitis

Dr. Rothermel said: “In America, because of our low fiber diet, our colon has to work harder to poop. Just like when you roll over the curb in your car and create a bubble on your tire because of the pressure, you can develop bubbles on your colon because of extra pressure. The best thing we can do is eat a lot of fiber (25 grams a day) and drink 6 to 8 glasses of water a day.”

How is diverticulitis treated?

If surgery is elected, a colonoscopy is performed first to confirm diverticulitis and rule out other possible diagnoses.

“The expectation with minimally invasive surgery for diverticulitis is that things will only get better, and the previous bowel problems should improve,” Dr. Rothermel said. “I love seeing people get back to enjoying their lives. It’s why I do what I do.”

Can problematic diverticulitis be treated with minimally invasive surgery?

Surgically treating diverticulitis includes removing the involved portion of the colon, usually a 6-to-10-inch segment. Surgeons can use either minimally invasive or traditional techniques for the procedure, depending on the physician’s skillsets and what is best for the patient.

Other benefits of minimally invasive surgery for treating diverticulitis include:

“The expectation with minimally invasive surgery for diverticulitis is that things will only get better, and the previous bowel problems should improve,” Dr. Rothermel said. “I love seeing people get back to enjoying their lives. It’s why I do what I do.”

Open Your Mouth and Say Ahh for Heart Health