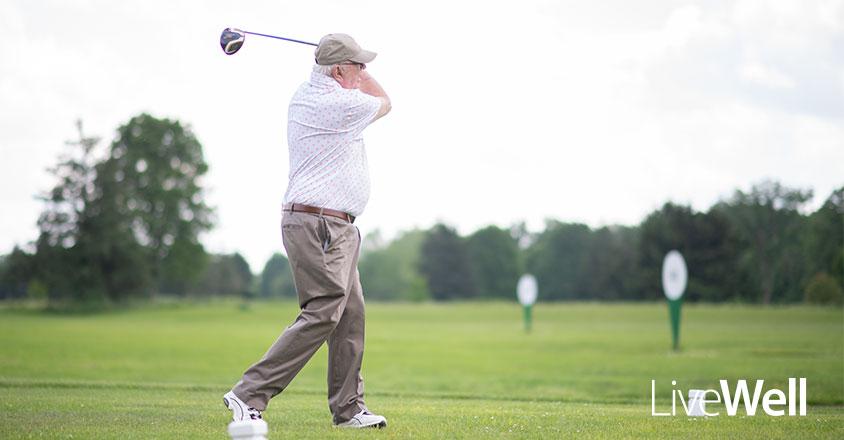 A great place to restore your heart

Jim Hodges received four stents in 2005 to ensure proper blood flow to his heart, but several years later, he started having heart issues again. Little did he know, this was only a precursor to bigger heart problems.

“When Jim came to see me, he was experiencing worsening chest pain. He had unstable angina, meaning his heart wasn’t getting enough oxygen and blood,” said Alaa Gabi, M.D., Fellowship-trained and Board-certified Interventional Cardiologist at Genesis. “We found a 90% blockage in the back of his heart, so we put in another stent. He did well, and after the procedure, we sent him to cardiac rehabilitation, like we do all our patients who have a cardiac intervention.” Jim attended the Genesis Cardiac Rehabilitation Center two or three times a week for several months, building heart strength and stamina under the observation of specially trained healthcare professionals. Everything was going well until he felt lightheaded on his drive to the hospital for rehab one morning.

“I got on the first exercise machine at rehab and did well, but my lightheadedness became stronger when I got on the stationary bike,” Jim said. “My legs felt like they were losing energy. I couldn’t even push the pedal down. I knew I needed to sit down, and apparently, through the leads hooked to my chest, the rehab team could tell there was a problem.”

As Jim stopped exercising, his heart stopped too

“As Jim was in rehab and connected to monitors during exercise, we knew he experienced more than 10 seconds without a heartbeat. The good thing is, after brief resuscitation, his pulse came back,” Dr. Gabi said.

During Jim’s 10 seconds without a heartbeat, an exercise physiologist and a respiratory therapist at Genesis performed CPR on him. Meanwhile, a code blue alerted an emergency cardiac team within the hospital.

“By the time they got through pumping my chest, my heart was back in rhythm. I was the luckiest guy in the world to be at Genesis when my heart stopped,” said Jim.

Right place at the right time

“If this had happened when Jim was not at the rehabilitation center, his care would have been delayed,” Dr. Gabi said. “Anytime the brain is not getting enough blood, seconds make a difference. Immediate access to cardiac care helped him. Jim was in the ideal place for this to happen.”

Genesis’ nationally accredited cardiac care and lifesaving technology provide patients with immediate access to expert physicians who collaborate to give exceptional heart care during emergencies. Jim went from the Cardiac Rehabilitation Center to the Emergency Department for stabilization and then directly to the operating room. He received a pacemaker, a small device implanted in the upper chest to regulate the heartbeat.

“My heart stopped beating during my morningworkout, and I had a pacemaker placed by lunchtime,” Jim said. “I’m so thankful for everyone at Genesis who helped save my life.”

Now that Jim has a pacemaker to assist his heart, he’s noticed a tremendous upswing in energy and ability.

“It’s just amazing to me. I’ve been on medication for the past two years, but now I’m feeling stronger. There’s a big difference between before the pacemaker and after,” he said.

Jim continues to go to the Genesis Cardiac Rehabilitation Center about three times a week, as it remains available to him even after completing cardiac rehab.

“Jim’s case is an example of how we need to increase awareness of heart disease and heart rhythm issues. People often feel dizzy or lightheaded, and there’s a good chance that it can be heart-related,” Dr. Gabi said. “If someone feels dizzy, fatigued and lightheaded or experiences fainting and vertigo, these can all be related to heart rhythm issues. They’re especially alarming for people with other risk factors for heart disease, like high blood pressure, high cholesterol, diabetes, smoking and a family history of heart disease. If you’re experiencing these symptoms, please see a doctor.”

A Letter from our President and CEO | LiveWell Autumn 2022

A Community Win for All