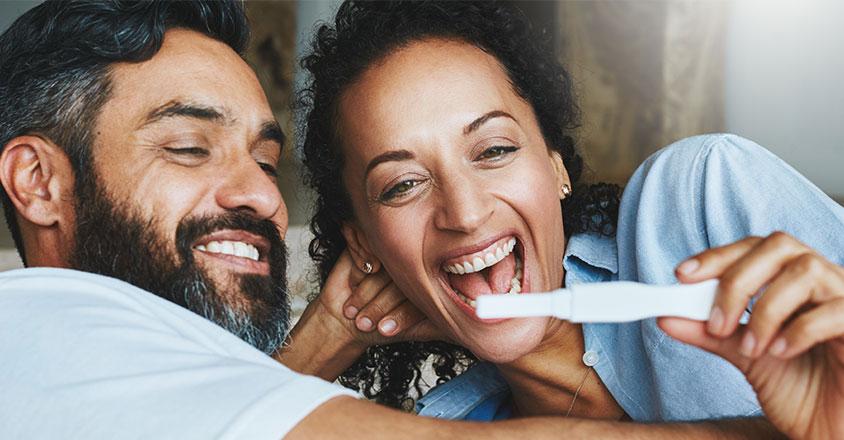 Whether you’ve planned for this pregnancy or not, the unique process of pregnancy arrives with unexpected and sometimes delightful side effects.

So here are six pregnancy surprises to know about:

1. You’re growing a baby and an extra organ.

We know a woman’s body grows a baby during pregnancy, but how about that extra organ moms produce to care for their bundle of joy? The placenta is an organ that serves as a sustaining station, providing oxygen and nutrients for the developing fetus. It also removes waste products from the baby’s blood. Vaginal deliveries come with an after-birth; think “after party,” but less party because the placenta needs to be removed.

Despite its name, nausea and vomiting can occur around-the-clock. Though most women only experience morning sickness during the first trimester, some go green with queasiness throughout nine months. In severe cases, morning sickness can cause dehydration or loss of pre-pregnancy body weight, requiring hospitalization with intravenous (IV) fluids and medication. Talk with a physician if your morning sickness just won’t quit.

The hormone “Relaxin” (yes, that’s the real name) loosens hip joints and the pelvis in preparation for a vaginal birth.

Be aware that relaxin also works its magic on all joints, ligaments and muscles in the body. That means it’s easier to roll an ankle or feel wobbly knees. Plus, with lax ligaments and added baby weight, back discomfort may flare. Avoid injuries by not lifting heavy items, skipping high heels and prioritizing prenatal, low-impact strength exercises.

Pickles and ice cream are classic pregnancy cravings, but what about chalk, soap, coffee grounds or soil? Cravings for non-food substances are called “pica,” a Latin word for magpie, a bird known for eating almost anything.

“Cravings for earth substances such as chalk or clay is known as geophagia. Such cravings can be linked to iron deficiency,” explained Callie Crider, D.O, obstetrician/gynecologist with the Genesis OB/GYN Group.

Although the body may yearn for non-edible oddities, say no to non-food items since they can be toxic to mom and baby. Instead, talk with your physician about the pica cravings and begin monitoring your iron intake, along with other vitamins and minerals.

The risk of birth defects from exposure to antidepressant medication is very low. On the other hand, untreated mental illness poses risks to a developing fetus. For example, a depressed woman is less likely to seek quality prenatal care and more likely to engage in unhealthy habits and behaviors like smoking or substance abuse. While doctors approve most antidepressant medication, it’s essential to recognize that approximately 30 percent of babies whose mothers take antidepressants will experience neonatal adaption syndrome, which can cause temporary jitteriness, irritability or difficulty breathing. Concerned? Bring up the topic during your next ob-gyn appointment.

Mix extra hormone doses and life-changing events and you’re sure to have a heart full of emotions – but during pregnancy, that’s not all it’s full of. Blood volume increases between 30 and 50 percent during pregnancy. In addition to pumping more blood, the heart also pumps faster by 10 to 15 bpm. Typically, normal heart function will resume a few weeks after labor and delivery. In the meantime, mothers with pre-existing heart conditions should talk with their physician for the best ways to manage conditions and prevent complications.

Have more questions? Uncovering more pregnancy surprises? Talk with your physician or reach out to Genesis Maternity Services at 740-454-4321.

Why your shoe size changes after having a baby

Explain that to me

10 ways to prep your body for pregnancy