In November 2014, letters requesting monetary donations were sent to the remaining 220 Bethesda School of Nursing graduates for the scholarship. The response from graduates who wanted to help and keep their memory alive was overwhelming.

On behalf of the officers of the Bethesda Hospital School of Nursing Alumnae Association – vice president Susan Richardson Nichols, class of 1996; secretary Sue German Harple, class of 1958; and myself as president, we thank the graduates for their generosity and donations to make this scholarship possible,” said Hilda Felton Pappas, class of 1969.

The Bethesda Hospital School of Nursing emerged from the original Zanesville City Hospital Training School for Nurses in 1907. From the first graduating class of three in November 1895 to the last graduating class of 13 in June 1969, graduates remained dedicated to their nursing careers. In those 74 years, 633 graduates followed their dream of serving those in need and stayed faithful to the Florence Nightingale Pledge. For many years those dedicated nurses became the backbone of the hospital. 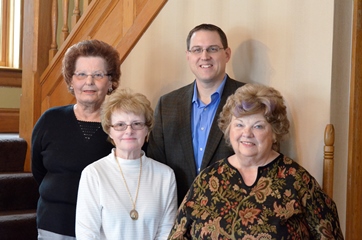 Fifty-three graduates served in the military. They worked stateside and overseas, caring for those who fought and died to keep our nation free. Three of those who served received Bronze Stars and numerous other awards.