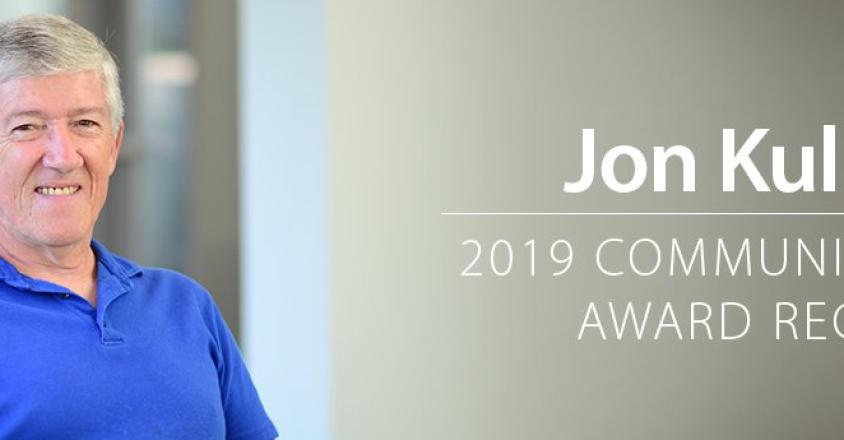 Zanesville, Ohio (Sept. 13, 2019) – The Genesis HealthCare Foundation announced Jon Kullman as the recipient of the 2019 Genesis Community Service Award. This award annually recognizes a community member who has significantly contributed to the community and demonstrated the Genesis values of compassion, trust, innovation and excellence. Kullman will be presented with the award Wednesday, Oct. 16, at the Genesis HealthPlex, 2800 Maple Ave., Zanesville.

Kullman is retired from the State of Ohio, where he was a park officer for nearly 23 years. He has been active in community organizations including volunteering with the Muskingum River and Blue Rock State Parks and with the U.S. Soil Conservation Service, Zanesville office. He was one of the founders of Christ’s Table in Zanesville and a co-founder and volunteer for the Follies Family, whose variety shows benefit Genesis Hospice. Kullman and his wife of 23 years, Jessie, live in Malta; they have four children and five grandchildren.